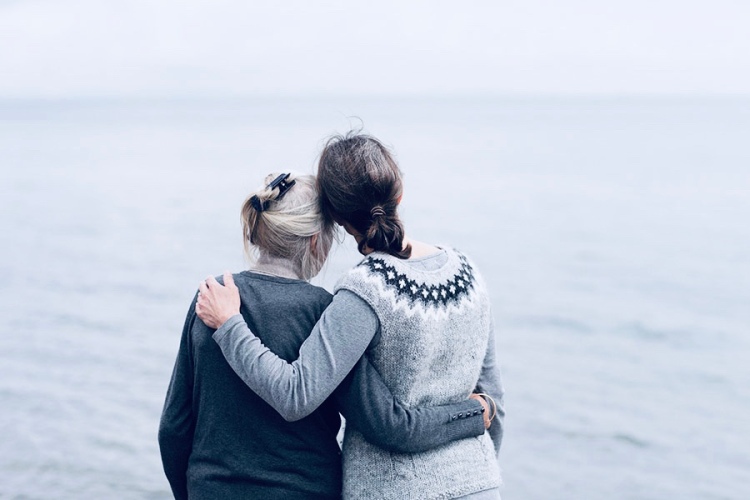 There are memories now. They catch me off guard when they make their way from subconscious to consciousness. From the recesses and dark crevices of my mind. From back then to now as if now were  just minutes from then, instead of years.

The memories consist of her and I, always alone. And though the situations and circumstances change, the thing that stays the same is my longing for more.

I was 27 then, around the age where elders told me I was an old maid, but when the average of my generation were just pairing up. Marrying off and settling down to have their children. Apparently millennials were waiting longer to get married.

Still, I’m pretty sure they didn’t wait this long.

At this particular gathering we had a good time. We put on those silly costumes and masks and dressed up for the photo booths so many people have at these parties. We were mother and daughter and this was a moment of bonding. It wasn’t easy back then, celebrating for others when my own desire nawed relentlessly from the inside, but I did it. Because I had hope.

I remember sitting by her side, at the park, discussing our future. Or rather my future. It was unsaid that mine was really hers and that she would be there when our dreams were fulfilled. My dreams were her dreams so I think it’s safe to say they were ours. We sat there and talked about my grandma and I felt the pain of there just being us 2. I thought nothing could be worse then there just being us 2.

I read C.S Lewis’, “A Grief Observed” recently. I read it within 2 days. I highlighted every other page, text messaged my friends the parts that resonated and then gifted my pastor her own copy.  She is grieving too.

I was so in awe of Lewis’ transparency. I couldn’t believe a theologian scholar could be so in touch with his emotions, and that he could adequately express exactly how I feel in this season. (To me) It’s like he’s swinging at God, taking punches. The religious mind would be horrified at such a picture but I think once a level of suffering is experienced, one understands that God Himself gets it, allows it, and just dodges the swings.

A flood of questions have come to my mind since I stopped running. They take turns pouring out like the memories that push themselves to the front of my mind. Mostly they start with, “Why”.

Why did You do it this way?

Why did you take Your presence away when I would need it most?

Why could you not have just said ‘yes’?

I’ve been on this journey long enough to know He is not entitled to us.  He does not have to answer to us. But sometimes, He wants to. Sometimes (and in my case, most times) He responds because we are in relationship together. So I keep asking the questions even though I don’t have many answers. Still, I think apart of Him (and maybe all of Him) is happy I have made this step.

Now atleast we are talking and I am not running.

At least not as fast.

I never expected to be a writer, though I knew I was good at writing. In college I briefly majored in Journalism because I knew that I could at least fall back on writing when Calculus gave me a run for my money 🙄. Well, I ended up conquering Calculus (which is another story for another time) and pursued the business world. Still, writing was always there and eventually found its home on my blog: betterthanwine.net . That platform beget my first book and now here I am, 3 books later ☺️. Truly your gift will make room for you, even when you have more than one gift! Stay focused on your path and you will see the pruning will manifest the fruit! I am truly a witness... To learn more of my story visit nicoledmiller.com (link in bio). #writer #author #fiction #christianfiction #blackauthor #urbanliterature #shortstories #clevelandevents #church #religion #spirituality #faith #hope #love #healing #books #authorsofinstagram #writersofinstagram #writingcommunity #writerslife #authorslife #bookworm #readers #booklover #amwriting #authorsofig #book #booklover #poetry #authorscommunity #publishing